Popular Places To Live In Tallahassee

In the state capital of Tallahassee, the population is moving east and south. The two fastest-growing Tallahassee zip codes are 32311 and 32317. This is also where most of the new construction of homes is going as too. Many buyers are searching for vacant properties in the northeast as available lots for sale continue to drop in 2021. The northeast contains some of the most popular neighborhoods in the city. Let’s talk about why people love living in Tallahassee and 5 of the most popular places to live in Tallahassee.

Located north of downtown Tallahassee and the Capitol Complex, the Midtown area is one of the older neighborhoods in Tallahassee. Because of this, buyers will find charming mid-century homes on quarter-acre lots. It’s hiking distance from the Capitol building and a short commute to Florida State and Florida A&M Universities.  Due to homes’ ages and the popularity of mid-century modern architecture, many of the older homes are being remodeled and sold in the mid to upper $300,000s. Midtown has plenty of parks, restaurants, bars, and clubs. Thus, locals have several options for a nightlife adventure after a hectic workday. 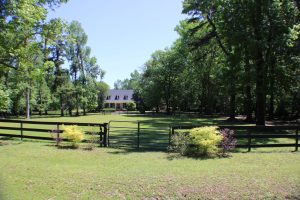 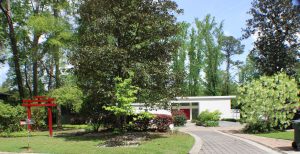 Killearn homes have plenty of room for gorgeous gardens. 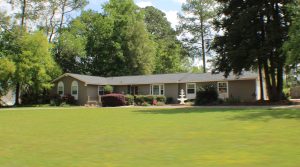 Lakeshore area is considered outside city limits and is surrounded on three sides by the city and on the fourth side by Lake Jackson.  This affluent neighborhood has large homes (average over 2000 square feet), generous yards with many large (old) oaks, and an average home age of 40 years old. A significant percentage of residents have advanced and/or professional degrees and very there are few rentals (less than 3%) available.  The median home value is $292,000, while homes with Lake Jackson sunset views can sell for over a million. Home values have increased over 15% in the past 12 months.  Tallahassee residents love living in this neighborhood because while it is outside of city limits AND lower taxes, it also has a shorter commute to state buildings downtown than most neighborhoods on the northeast side of Tallahassee. There is NO homeowner’s associations here.

Lakefront homes in the Lakeshore with sunset views have sold close to a million.

Homes in the Lakeshore area have large trees. Homes were custom built starting in the 1970s.

Southwood is one of the most popular neighborhoods in Tallahassee to live in and is especially popular among families with kids. It is also one of the few neighborhoods with a CDD (community development district) fee to cover the costs of the amenities and infrastructure.  Being closer to the universities, this neighborhood is popular for affluent families sending students to Tallahassee. If you want to rent, you are in luck! Renters occupied a third of the homes. Southwood is one of the newest neighborhoods in Tallahassee with MANY new homes built every year.  The median estimated value is $391,000 and has increased over 23% in 12 months.  Check out their HOA here: Southwood homeowners association 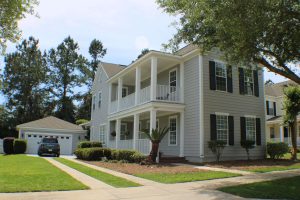 Southwood has many two level homes with detached garages. 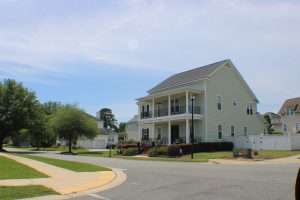 Many Southwood homes have carriages houses that act as a garage and single bedroom rental.

Located next to Lake Lafayette Heritage Trail, Miccosukee Greenway, Tom Brown, and Lafayette Parks, Piney Z is an area of Tallahassee popular with soccer moms and outdoor enthusiasts. Located south and east of the city center with an average commute time for residents of 20 minutes. The median estimated home value is $290,000, which has increased 14% in the past 12 months. If you are thinking of renting, approximately 20% of the homes are rentals.  Check out their HOA here: Piney Z homeowners association 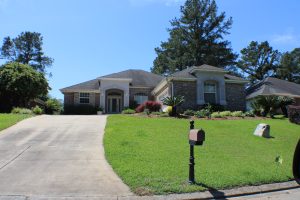 Piney Z does have some driveways with changes in elevation. 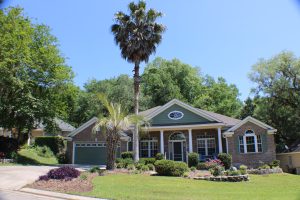 No matter where you live in Tallahassee, you will find great neighbors and abundant family-centered things to do! If you are considering a move to Tallahassee, or a move within Tallahassee, we would love to hear from you!