Close Search
TALLAHASSEEThings to Do

One of our favorite ways to spend a Saturday afternoon is exploring Tallahassee’s paddling trails.  A quick review of a map will show you that Tallahassee has a lot of options for canoeing and kayaking.

Our favorite lakes to explore in Tallahassee are considered prairie lakes. These unique lakes are associated with our karst topography. Tallahassee has four large prairie lakes: Lake Miccosukee, Lake Lafayette, Lake Jackson, and Lake Iamonia. The unique feature of prairie lakes is that they drain down naturally.  The lakes lose water to evaporation, the drainage through the lakebed, and mostly through the sinkholes that can be found in each. The natural drainage of the lake is healthy for it and drying the lakebed helps cleanse the lake of invasive species of vegetation. These lakes do return to full size after rain events – like tropical storms.

Here are our top five favorite places to launch your boat for a day of exploring Tallahassee’s wildlife and nature. 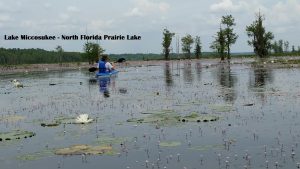 Lake Miccosukee is located in the northeastern corner of Leon County 6.5 miles from Monticello. Like many of the lakes on the eastern side of Leon County, Lake Miccosukee drains underground into the St. Marks river. The maximum depth of the lake is 17 feet.  It is home to the endangered Miccosukee Gooseberry. The 0spreys were checking us out the last time we explored Lake Miccosukee. One even passed overhead within 10 feet of the kayaks.

Miccosukee Lake is the site of a significant battle between the Seminoles and Andrew Jackson. Artifacts can still be found all around the lake and in the Letchworth-Love Mounds State Park just south of the lake.  The park is the location of the highest ceremonial mound found in Florida. 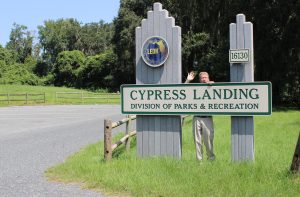 The landing can be found at the end of Ro Co Co Drive. 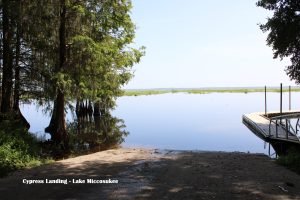 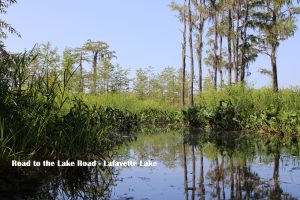 Lake Lafayette is nestled near the Piney Z subdivision and was originally called Prairie Lake. This area is considered one of the premier paleoarchaelological sites in Florida.  The sinkhole that drains the lake into the St. Marks River (underground) is in Upper Lake Lafayette.  The Road to the Lake Road Launch can be found off Chaires Crossing. This allows you to put into Lower Lake Lafayette which covers approximately one thousand acres. 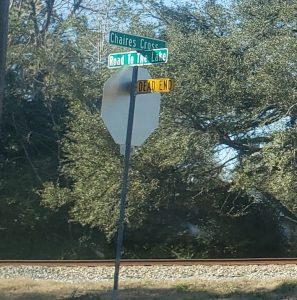 The lake got its name from General Lafayette. He was granted 36 square miles in 1824 in gratitude for his military service during the Revolutionary War. The area and the volume of the lakes vary wildly.

In 1948, the owners of Piney Z Plantation constructed the earthen dikes that feature prominently in the three lakes. This has allowed Piney Z Lake to maintain its water even during most droughts.  It is easy to porter over Heritage Trail into Piney Z Lake from Lower Lafayette Lake. We find the heavily vegetative lakes more interesting than the cleared lakes like Piney Z since they seem home to more wildlife. Because there is more fauna, there is also more shade available for sunny days. 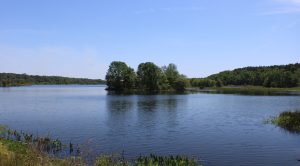 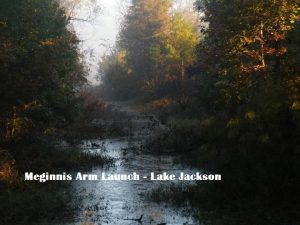 Lake Jackson was originally named Okeeheepkee which means ‘disappearing water.’ This 4,000 acre lake is widely known for its largemouth bass. The bass love the sandy bottom of the lake. Lake Jackson is a designated Florida Paddling Trail. It is our favorite lake to explore in Tallahassee.

McGinnis Arm can be found off of Lakeshore Drive near the Tallahassee Mall. We prefer this launch since the trail to the lake is shady and full of wildlife. The average depth is only 7 feet, but reaches depths near 30 feet near the sinkholes. Lake Jackson has two sinkholes – Porter Hole Sink and Lime Sink. 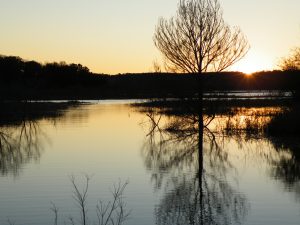 The recent drought has been keeping the lake levels low. Since June 2021 the lake has drained into Porter Hole Sink three times. The best way to explore the lakebed is from Faulk Road Landing, which about 650 feet from the sinkhole.

Check out these time-lapsed photos of Lake Jackson. 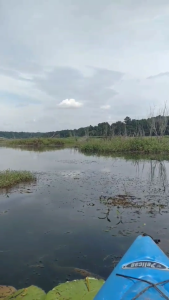 Lime Sink does not drain as often as Porter Hole Sink. Lime Sink last drained in 2000.  There are nine boat landings for Lake Jackson. If you would like to explore Tallahassee’s famous lake, use the Crowder Road launch now.  While you are there, check out Lake Jackson Archeological Mounds State Park right around the corner. 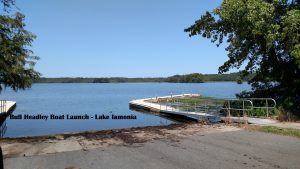 Named after the Seminole village of Hiamonee, Lake Iamonia is pronounced I-moan-ya.  The lake is seven miles long and two miles wide and covers approximately 5,757 acres. Fossils of the bear dog Amphicyon and the dog-like Temnocyanines have been found near here.

Bull Headley Road is off Bannerman Road near the Killearn Lakes and Golden Eagle subdivisions. 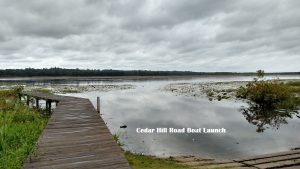 Lake Carr is the only lake on this list that’s not a prairie lake. Located in northwest Leon County, Lake Carr is approximately 8 miles from Havana, Florida.  It is one of the few lakes where water skiing is possible in Leon County. 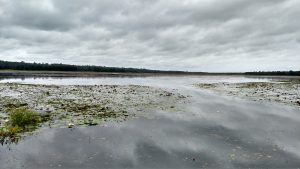 The lake contains floating islands of heavy vegetation called tussocks. These tussocks create a haven for wildlife and fauna and are fascinating to explore. Covering approximately 692 acres, the lake maintains enough water for excellent fishing and duck hunting even during droughts.

Is Tallahassee A Good Place To Live

Ask Us Any Question